Leading property developer and investor Atterbury has successfully completed the development of the MUR800m (R340 million) Bo’Valon Mall in Mahebourg on the island paradise of Mauritius.

Bo’Valon Mall is a joint venture development between Atterbury and EnAtt. The mall takes its name for the village it is in, Beau Valon, which means “beautiful valley”.

The year-long construction project has created a shopping centre with 10,500sqm of gross lettable area. The top-notch development brings exciting and convenient shopping to the south of Mauritius in a mall that stands proud with the very best the island has to offer.

The development was delivered on schedule and opened its doors on 21 November 2019 with its official inauguration ceremony taking place a week later on 27 November.

Attracting strong leasing demand, the Bo’Valon opened fully-let with nearly 50 shops, restaurants and services. Anchor tenants are Kingsavers and Espace Maison, supported by fashion brands such as GoSports, Vesti One, Quicksilver, City Sports, and others.

Its food court adds a vibrant social element to the mall and houses well-known South African brands such as Spur and Panarottis. It also includes a fun children’s play area.

The first-class retail mall enjoys a superb location that is easily accessible from the roads servicing Mahebourg and Blue Bay and offers ample on-grade parking for customers.

Pieter Olivier, Development Manager at Atterbury, says, “Bo’Valon Mall is unlike anything the area has seen before. Apart from the shopping convenience, variety and leisure options it offers the local residents under one roof, I truly believe this mall has turned out exceptionally well.”

Olivier adds, “This is a facility the local shoppers can be very proud of. Its development has been an immensely positive experience, and Bo’Valon Mall has been welcomed by Mahebourg locals who are delighted to have one of the best shopping destinations on the island.”

The build-up to the mall’s opening saw the community getting involved in an event called ‘Laiss to Trace’ where children made hand imprints in a strip of concrete next to the mall. The mall’s opening day featured one of Mauritius’s most popular artists, Zulu, performing an original song especially written for the occasion.

The development of Bo’Valon continues Atterbury’s ongoing investment and confidence in Mauritius where it has established a formidable presence and track record, including the development of the landmark Bagatelle Mall of Mauritius.

This year, Atterbury is celebrating 25 years of developing prime office, industrial, retail, mixed-use and residential property across South Africa, the rest of the African continent and Europe. 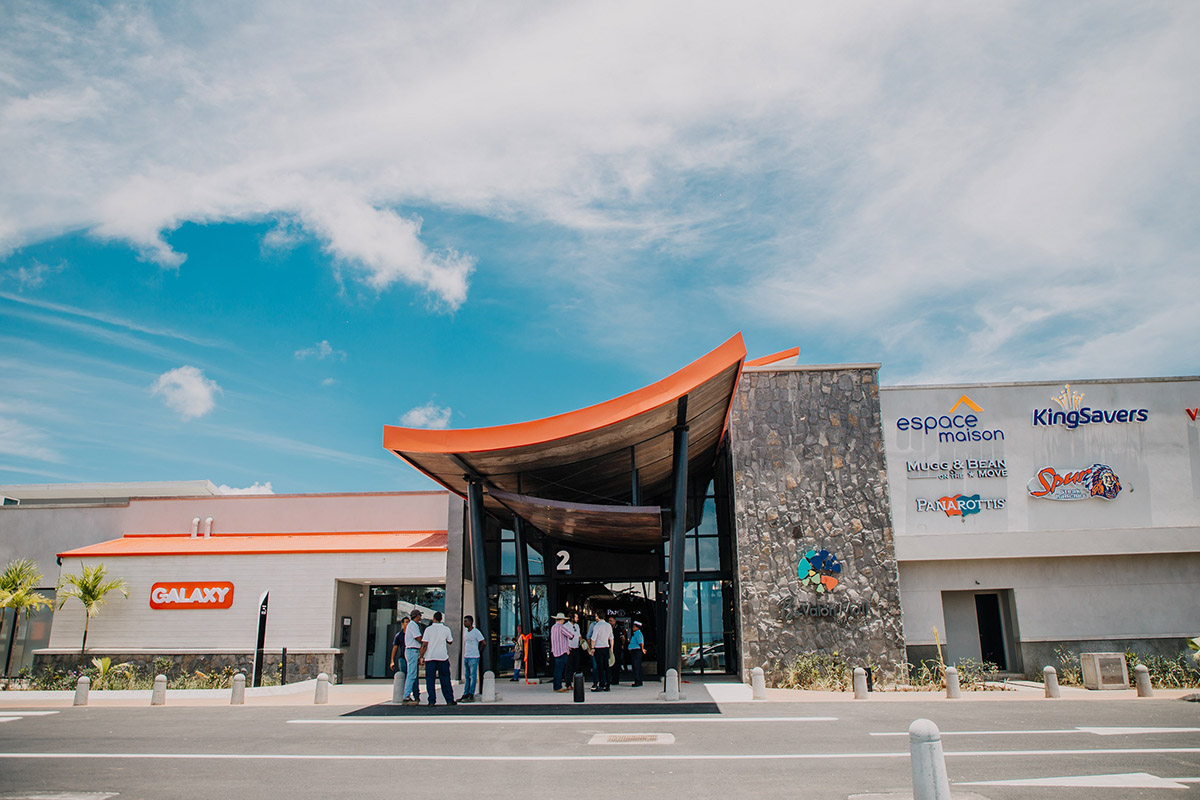